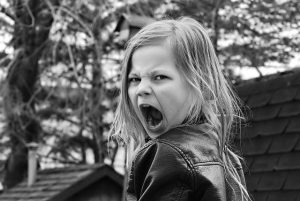 Last week, I took a taxi in the city of Rio de Janeiro and the street I was on was blocked by a car. In the next minute, another driver got out of the car and screaming, stiffened his finger in the street owner’s face . He spat so many curses at him that it made me ask, without meaning to, out loud: What is this man’s tolerance level for acting like an asshole?

I saw in that bizarre picture, the portrait of our days: in the public square we burn new ‘witches’. And so, we share a video of someone’s intimacy, we humiliate children stuck to a post, we mock a breastmilk donor, we twist our face into the obese’s tight clothes, or we are disgusted by someone’s sexual choice. We invert the fun and lose the concept of solidarity when we measure the world with our ruler.

We behave like true inquisitors of the world. And with that, we judge, threaten and offend people who didn’t even ask for our opinion, nor proximity. And on the other side of the story, there’s someone who will have a hard time getting out of the attack unscathed.

The idea of ​​living with differences is (no longer) in us. And the intolerance that we experience reverberates and takes root without even realizing it. And so, before even trying, we’ve already given up. It’s the girl, who, remembering her jealous and aggressive ex-boyfriend, ends up with her current one for predicting what she can’t. When we feel our vulnerability, maybe it’s the right time to give ourselves a second chance. Of being the antithesis of the witch hunt.

Not speaking ill of other people’s lives should be as natural as not throwing garbage in the street. Because in the end, the result is the same. We’re all subject to stepping on the shit spread by the lambão. And worse, we can get used to sinking our nostrils in the slurry.

Let’s leave intolerance to those who go through life unscathed. And this is as true as a schizophrenic hallucination.