“ A Invenção de Morel ” is a book by the Argentine author Adolfo Bioy Casares and is dedicated to his great friend and writer Jorge Luís Borges, who contributed a prologue that deserves special attention. Published in 1940, it is considered a masterpiece of Latin American fantastic literature.

The book tells the story of a man who, trying to escape justice, learns of the existence of an uninhabited island, on which some men had built some buildings, but, due to an illness, there were no people who survived there. Certain that nothing could make his situation worse, he went to that island and settled there. One day, without having noticed the arrival or even the approach of any boat or plane, he suddenly notices the presence of other people on the island – and takes them for vacationers. Between the curiosity of observing them and the fear of being arrested or of having discovered his past, he starts to live in the lowest part of the island (being there subject to the tides) and to better monitor the daily lives of the mysterious people that had appeared on the spot. Cautious in your observations, he decides to risk contact with a young woman who had caught his attention, Faustine. If at first he thinks he is being ignored, in another attempt he realizes that he was not actually seen. A few more days and he begins to notice that certain conversations between the “summerers” were repeated: the dialogues and gestures were the same as those that took place in previous days. And then? I leave it to you, if you decide to read the book, to discover “The Invention” and its consequences for yourself. 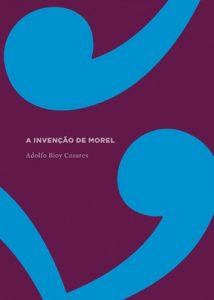 Told in the first person (as a kind of diary), the story often seems to move towards a non-solution rather than the solution of the presented mysteries. Casares uses a narrator-character, which is extremely important for the development of the text, as the latter, when telling the story, gives its version (which may or may not correspond to the truth – unlike what happens in stories told by an omniscient narrator ), which in itself makes the story more complex. But that was not enough, this narrator makes it clear several times that not even he can exactly specify the situation and that he fears that it could all be the result of some delusion or hallucination. But even if this narrator-character proved to be completely sure of the facts reported, would you blindly trust an outlaw from justice? Casares messed up the spatial and temporal dimensions to compose this great work, which, without a doubt, is worth reading.

(Many see in the plot of “ Morel’s Invention ” a criticism of technology, which didn’t seem so right when reading the text. So, after reading the book, I looked for material about the author and found an interview with him on the program Roda Viva , in 1995. When asked if he felt “hopeful, skeptical, haunted or indifferent” about the “technological wonders”, his answer was “I believe a lot in progress and I hope these promises are fulfilled. Afterwards, I’m sorry, there’s no need to confuse life with literature.” Therefore: perhaps the vision of “technology criticism”, although well accepted, is not the most consistent with the author’s intentions.)