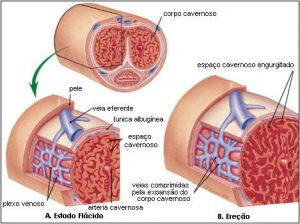 It’s a blessing to be a brooch. And I’m very comfortable defending that maxim, as my erection power has proven perfect for years. Then, little by little, I started to suck and I struggled pharmacologically against it – only to realize that my cure was killing me. I speak knowingly. In the peace of mind of a broch that knows and accepts his condition, he lives happier. I’ve been where you are, oh dissatisfied broaches, and from the height of my experience, truly truly I say to you: a broach that calls for Viagra is equivalent to a prisoner who, seeing himself with his cell unlocked, runs to provide the keys that again they will lock it. It makes no sense at all, except as a particularly bizarre form of masochism.

Freed from the gnawing urges of the lower abdomen, we can better focus on really important tasks, like making money and trying to leave some legacy to the world. The soft stick won’t make you a genius, truth be told, but the hard stick greatly hinders the concentration of those who, cognitively unprivileged by nature, have to put great effort into any intellectual task. You know I speak the truth, young stallion.

And for those who bemoan my insensitive materialism, the block to romantic adventures, or the difficulties of establishing a family, hold your chin: I’m glad to say that I’ve never been as happy in a stable relationship as I am now. In other words, after so many bumps, so much irrational pain, confusion and ambivalence, so many excruciating contradictions, I finally discovered what happiness is in a stable relationship. And with these gray hairs, I finally felt safe to establish a family, adopting a couple of children who sprinkled my painting of peace with paints of tenderness. With so many helpless little ones, bringing one more being into the world, for the mere sake of blood possession, is a bit selfish, isn’t it? Penile flaccidity also helps to analyze these issues more clearly.

Of course I had luck, we all need it, but honestly I don’t see any threat to family peace having found the woman I met: Ana and I get along so well, so many common tastes, compatible values, close sense of humor, companionship, respect… What can destroy the complicity of a couple like that? The goddamn urge to scratch. Well, these desires no longer take me. And Ana, when in possession of her uterine outbursts, has every freedom to relieve herself as she can. It’s a touching epiphany when the epithets “broach” and “horn” move from being a ghost frightening archetypal male pride to a serene, uncomplicated truth. Yes, we are a couple who like each other a lot, even if my love cannot make a decent omelet: I go there and do it, no drama. Now it turns out I can’t fuck her: Ana also always gets someone to do it, free of charge and without a long grace period. That simple.

I won’t affect superiority and pretend that there are no inconveniences in this arrangement, sometimes a few things happen. The other day, I was struggling with translating particularly intricate passages from some of Keats’ sonnets as I was forced to hear muffled screams coming from the bedroom, “I’ll roll you up, I’ll show you who your male is”, “you like a thick cock, right, bitch?”, “come on, get me on all fours”. I was forced to knock on the bedroom door, “Guys, can you calm down a bit? I’m trying to work”. A total embarrassment.

The next day, the guy showed up, learned that I like Jerez, brought me a bottle of Pedro Ximénez, poor thing. It’s already a complicated grape, and that one really tasted like syrup, a disaster. But he just wanted to please, a polite young man apologizing a little shyly, I didn’t say anything. He just handed me the wine and left, I was starting a Billy Wilder marathon with Ana, so he didn’t have a chance. That’s how it is with me: if you want to take advantage of her holes, that’s fine, but without the shame of watching movies together, exchanging confidences, going out to eat, discussing social projects.

Anyway, these are small adjustments that have to be made, normal compromises in a life together, but nothing like the torment of being sexually active, God forbid. The ideal would be for Ana to be frigid, but you know how it is, you don’t choose who you love. Over time, her fire cools down.